WARNING: This game has been released very recently, and most of the information on this page is far from complete.

This game follows Mario and his new origami partner Olivia as they save the Mushroom Kingdom from the Origami King Olly. Inhabitants of the kingdom have been turned into origami slaves by the king, and the only way to save them is to defeat Olly.

The game maintains the same style as the previous entry, Paper Mario: Color Splash. Entities are made up of crafting materials, and paper characters continue to have a white border around them, as to emphasize their flat appearance. The most apparent difference from previous entries is the addition of origami.

This entry features new abilities and a "ring based battle system." Enemies circle around the player, and can be aligned in order to gain damage multipliers. A straight line of enemies is optimal for a Jump attack, and a 2x2 is optimal for a hammer attack. Items from previous games also return. Outside of battle, there are several new moves, one of them being the 1,000 Fold Arms. Similar to Kersti and Huey's abilities, this allows Mario to interact with and change the environment.

The game begins with a cutscene of Mario and Luigi driving towards Toad Town in Luigi's Kart to celebrate the Origami Festival. When they arrive, Toad Town is oddly deserted. They think that everyone is inside Peach's Castle. When they go inside, the door is locked behind them. Luigi goes off to find the key to the castle. 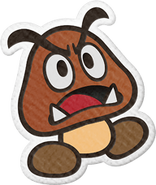 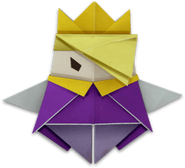 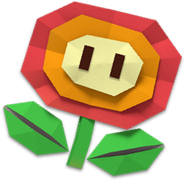 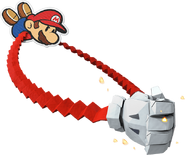 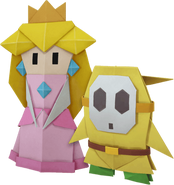 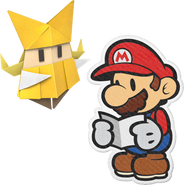 Mario reading a note alongside Olivia. 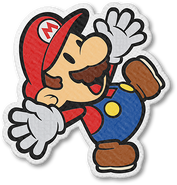 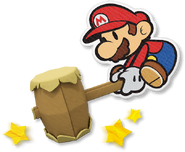 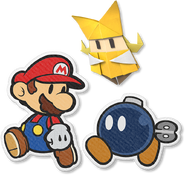 Mario, Olivia and a Bob-omb. 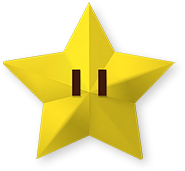 Artwork of the Koopa Troop. 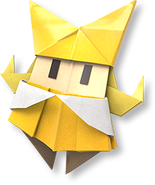 A group of origami enemies. 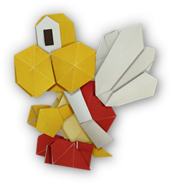 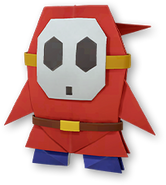 Bowser as he is seen in PM:OK. 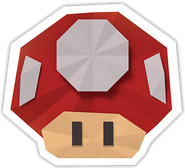