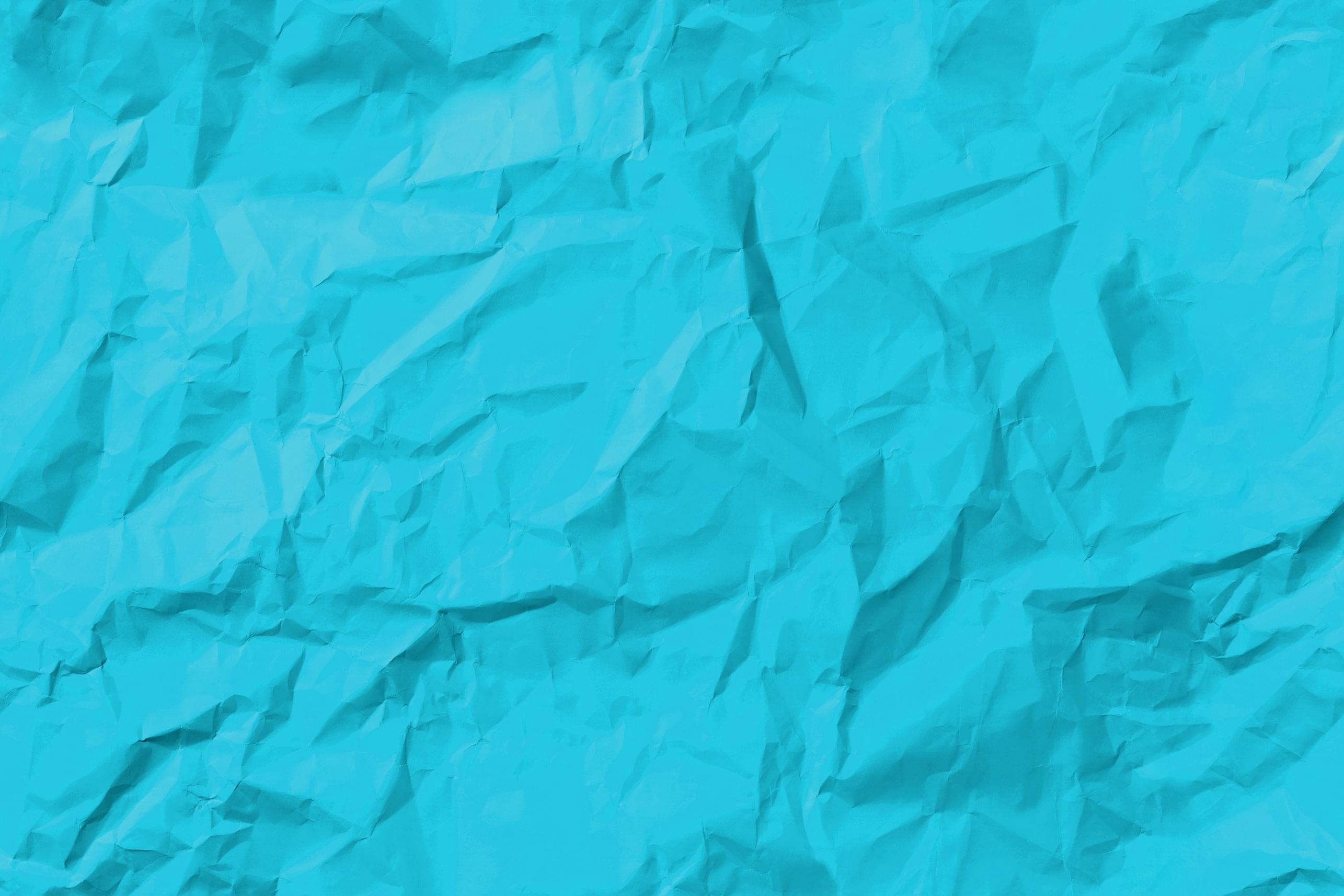 What's on your mind?

I have inherited the role of Wiki Manager for this wiki. Like the individual who was in the position before me (Awyman13), I am here on behalf of Fandom to support your wiki's community, help it grow and thrive and act as a liaison between you, and full-time staff. If you ever have an issue or question related to this wiki (editing, templates, wiki design, or any other matters related to Fandom), please feel free to contact me on my message wall, and I will assist in any way I can.?

and I feel guilty for that poor little Whacka..btw Whacka lumps are a bit gross 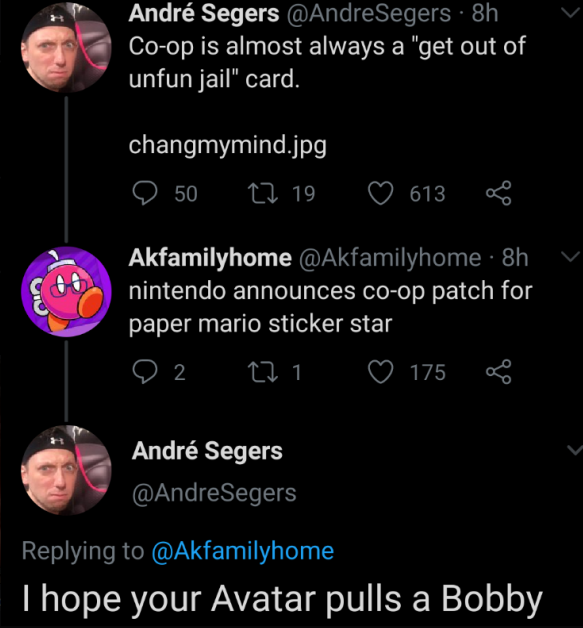 So, as anyone who's known the "Paper Mario" series knows, the series was once known for introducing new and original characters into the Mario series (some of which, such as King Goomba, spread out to other spin-off series, while others remained popular among the internet like Goombella and Dimentio).

However, ever since "Paper Mario: Sticker Star", the once colorful bunch of NPCs has been turned into basic Toads, each having the same personality as one another. Though what was the reason behind this?

Around the time that "Paper Mario: The Origami King" was announced, people were still wondering why the bountiful of Toads and no sign of any original characters. Well, Intelligent Systems came forth and told everyone how it was part of Shigeru Miyamoto's policy not to use any characters outside of the "Super Mario" series. But why though? This answer only brings up more questions!

I have a theory, though it may not be very nice, and I don't wanna attack anyone, but I think the reason why Shigeru Miyamoto doesn't want any original characters in "Paper Mario" is because he doesn't want Intelligent System's characters (again, like Goombella and Dimentio) to overshadow characters that he's created. That's probably why the games are now filled with more Toads than anything because Miyamoto also created them.

Again, I don't wanna attack anyone right now, and obviously I have zero facts in this thing; merely speculation! 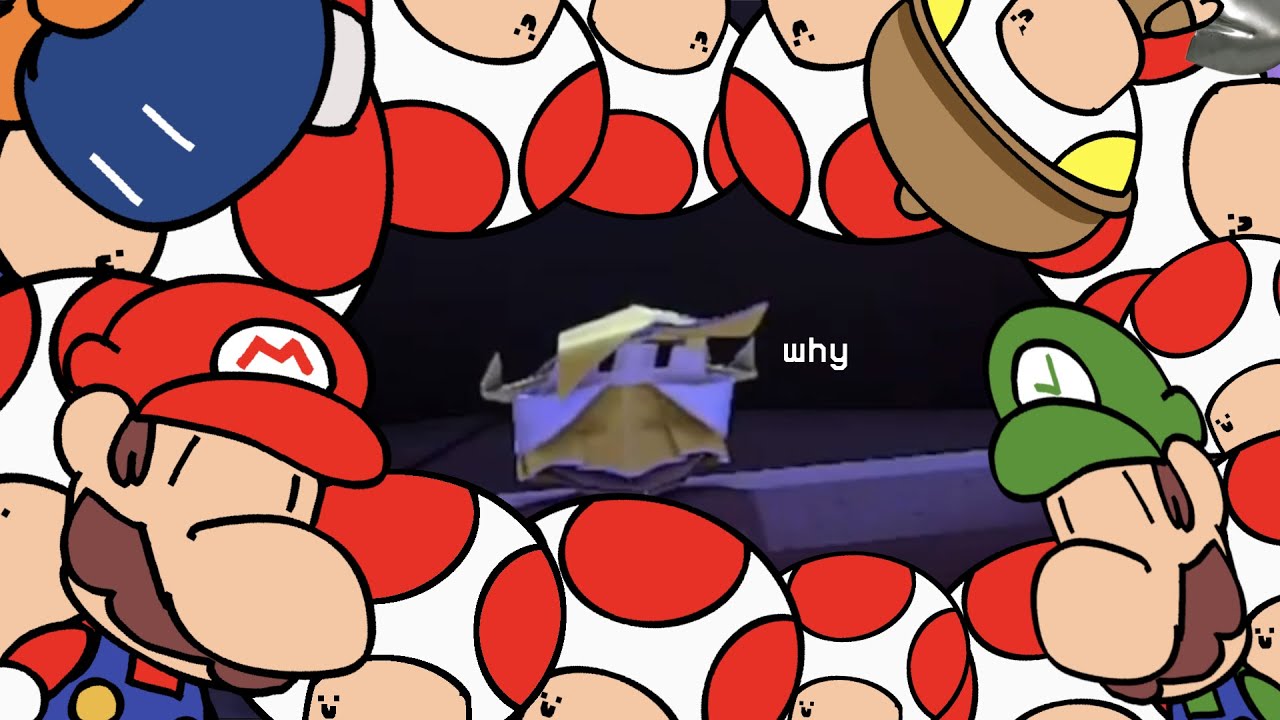 Paper Mario The Origami King in a nutshellYouTube

I just got to the 5th world at the moment, and i'm kinda scared that I may or may not soft lock my self by accident

I saw on someone’s YouTube video that if you beat the game with no battle accessories and no game overs you get a secret ending. Does anyone know what this is? (Not 100% where you fight olly twice and all of that)

So, not too long ago, we got to see more footage and more info about the upcoming game in the series. Truth be told, I'm not as impressed as I was when the first trailer was released. Learning that battles give no EXP and partners being temporary are very disappointing in my eyes, though I'm glad the game is focusing more on exploration and that the battle system is more unique (and thank goodness no stickers/cards!). So overall, I think the good outweigh the bad for this game, and if we don't think of it as a "Thousand-Year-Door" sequel, but rather as a new take on the series, perhaps we can learn to like it more.

But... That's just me! What are y'alls opinion on this new game? 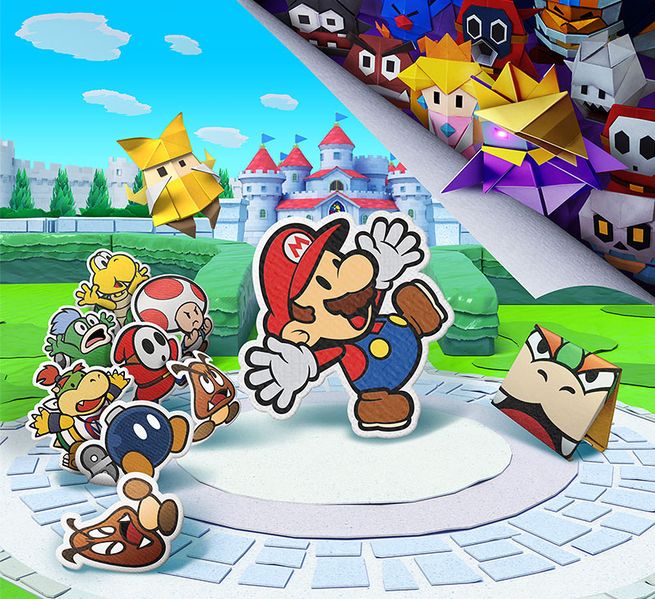 It's time for a new adventure,

With new threats and secrets,

With some partners and friends, too.

And there's new things to explore, too.

And we're ready to fight! 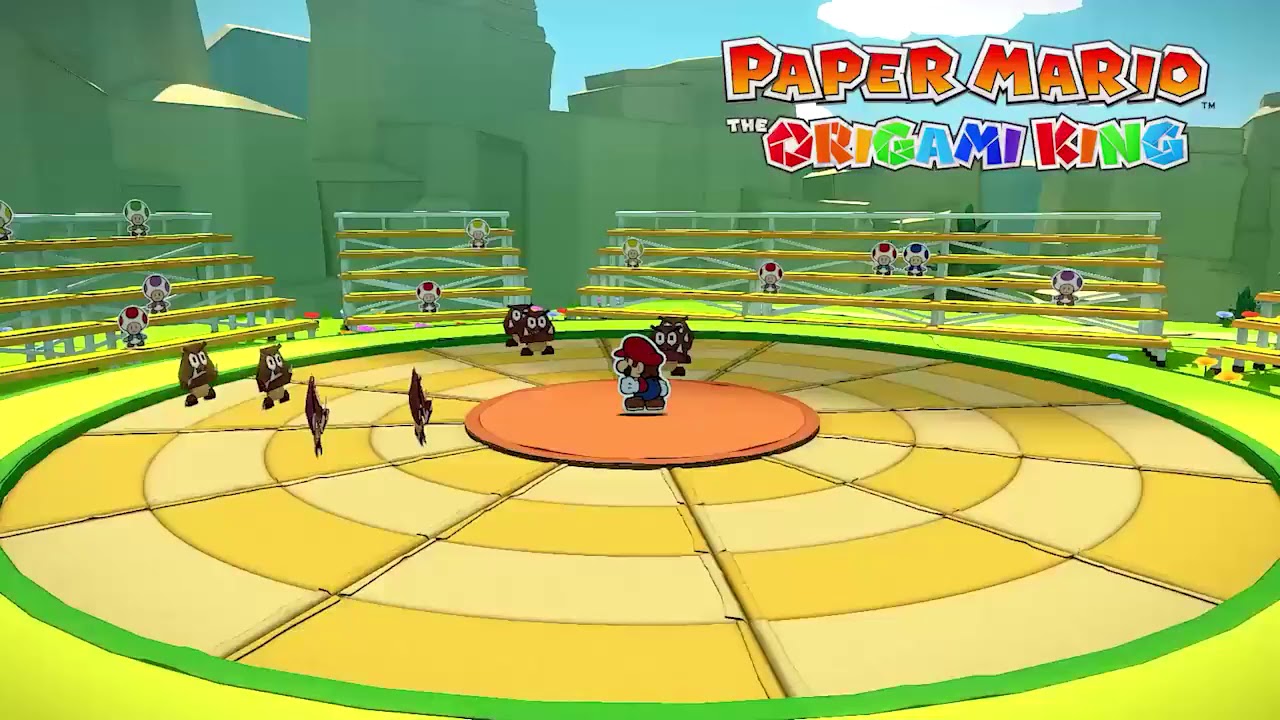 WARNING: THIS THREAD CONTAINS MAJOR SPOILERS FOR "PAPER MARIO: COLOR SPLASH". IF YOU WISH NOT TO BE SPOILED, TURN AROUND NOW!

Anyway, for those of you who have beaten the game (or just ignored the message above), you know that the final boss of the game is Black Bowser. During the first phase of the fight, you fight Black Bowser like normal. However, once you've depleted enough HP, the black paint will begin to be coming off of Bowser's face, and then a cutscene will show Bowser looking around, wondering where he is. He even asks Mario what he's doing here and if Peach is with him. That's when the black paint begins to ooze up his face once again, this time powering him up even more so! However, after you defeat the second phase, having Huey absorb all of the black paint, Bowser will still have no idea what happened!

It never directly states in the game, but it's heavily implied that Bowser was being possessed by the black paint, as if the black paint is a sentient being Bowser accidentally summoned...

So, what do you think? Do you think Bowser was possessed throughout the events of this game?

Hello fellow "Paper Mario" fans, I was wondering if you could humor me for a bit and answer this short survey about the series! If you don't want to, that's perfectly fine! 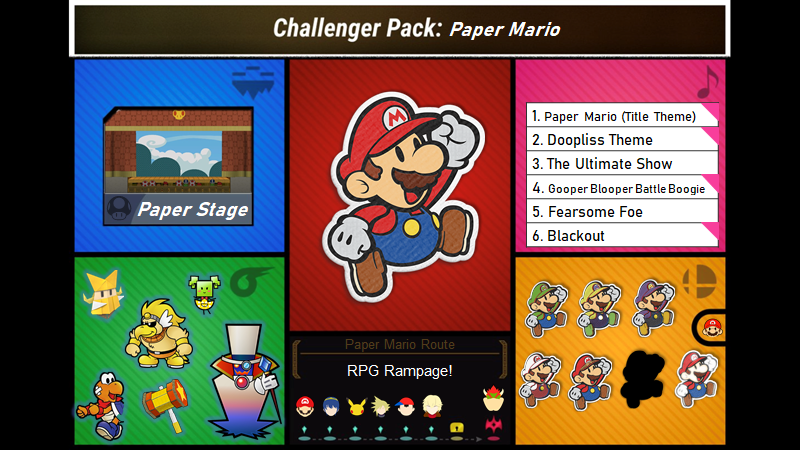 Whadda ya think? Try and guess where his costumes come from!